They plot against one other, hire strippers and tangle with the head office. Once in a while, this courier company even gets a package delivered. Poor attention to detail, lousy motivation and irrelevant skills: For this courier service, these are job requirements. 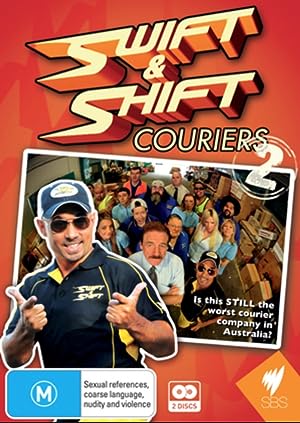 Swift and Shift Couriers (2008–2011)
25 min|Comedy|27 Oct 2008
7.6Rating: 7.6 / 10 from 461 usersMetascore: N/A
Swift and Shift Couriers is an Australian comedy series created by the writers of Fat Pizza. Based on a courier business in the western suburbs of Sydney, the business is run and staffed by…
Actors: Ian Turpie, Amanda Keller, Paul Fenech, Melissa Tkautz
View on IMDb Play on Netflix