A 14-year-old takes ownership of a toy company and hires a group of his friends to help him create amazing new toys. When Mrs. Bubkes is named Vice-President of Knickknack Toys, Candace attempts to use the opportunity to sabotage their latest toy release and take down the company for good. To promote Ruff Rider, the ride-on car for dogs, Jarvis holds a dog competition. But when the prize turns out to be a dog collar worn by one of Piper’s favorite punk singers, she is willing to do anything to get that collar – even compete in the Knickknack Toys Dogcathlon. When Mrs. Bubkes realizes the kids are always willing to help out a pregnant woman, she fakes a pregnancy – leading the gang to want to meet Mr. Bubkes. Knickknack holds an event to release limited-edition Samurai Salamander toys in conjunction with the release of the blockbuster movie, and one young, die-hard fan is convinced Jarvis and the gang in costume are the real Salamanders. When the kid has his limited-edition toy stolen by a bully and asks the Samurai Salamanders if they’ll get it back, they have no choice but to agree. But they soon discover this so-called bully is actually a full-grown biker, with full-grown biker friends, who have plans to make Knickknack their new hangout. 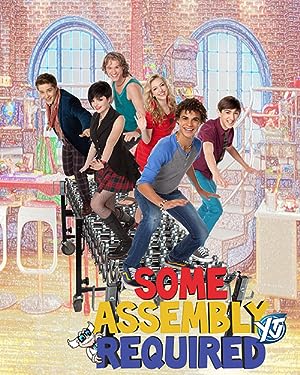