Tyler Hawkins, a rebellious, artistic New York student, was estranged from his father, ever-absent tycoon Charles Hawkins, since the suicide of his beloved elder brother Michael and desperately wants paternal attention for his kid sister, nerdy Caroline, who doesn’t fit in her school for the artistically gifted. Ever-provocative Tyler and his college roommate, party animal Aidan Hall, are roughed up at a street fight and wrongly jailed by beastly NYPD detective sergeant Neil Craig. When Aidan discovers Craig’s daughter Alyssa ‘Ally’ is a fellow student, he dares smooth Tyler to ask her out, but the two become lovers, also bonding over her own home rebellion. Yet just when things seem to work out, fate strikes, in the end crushingly. A romantic drama that takes place in New York. Tyler’s brother recently committed suicide, his father pays no attention to him and his sister who need him. Ally’s mother was murdered right in front of her when she was young, her father is a cop who is very over protective of her. When the two meet they have a very strong love, but many secrets are revealed that may ruin their love for each other. 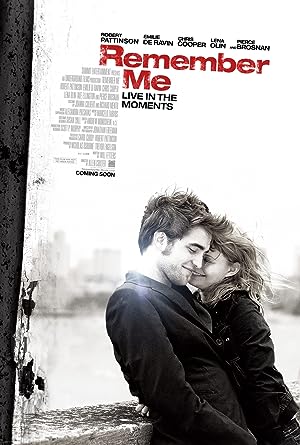 Remember Me (2010)
113 min|Drama, Romance|12 Mar 2010
7.1Rating: 7.1 / 10 from 136,349 usersMetascore: 40
A romantic drama centered on two new lovers: Tyler, whose parents have split in the wake of his brother's suicide, and Ally, who lives each day to the fullest since witnessing her mother's murder.
Director: Allen Coulter
Creator: Will Fetters
Actors: Caitlyn Rund, Moisés Acevedo, Noel Rodriguez, Kevin P. McCarthy
View on IMDb Play on Netflix