Though he’s mostly concerned about what he’ll eat after the show, Jim Gaffigan finds time to joke about kids, phones, trucks and, of course, food. “Cinco” captures Gaffigan’s recent “Fully Dressed Tour,” which included a sold-out performance at The Madison Square Garden Arena in New York, and smashed a Salt Lake City record with 29,000 tickets sold. Dubbed the “King of Clean Comedy” by The Wall Street Journal, Gaffigan opened for Pope Francis on his first visit to the United States. As of June 2016, Gaffigan was the most popular comic on all of Pandora with over 647 million spins. 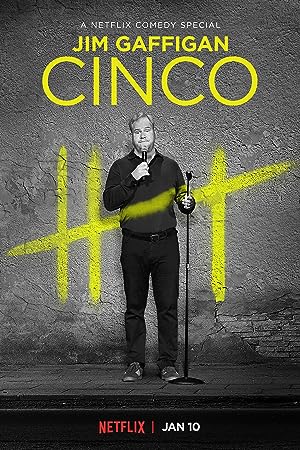