Jonathan Smith is a probationary angel sent back to Earth to help people. During the series’ first episode, he meets embittered ex-policeman Mark Gordon (as Jonathan is walking along a little-used road, on which Mark happens to be driving). Jonathan helps reform Mark, with the grateful Mark agreeing to become Jonathan’s right-hand associate in carrying out the heavenly mission. The two begin traveling the country as itinerant workers, receiving assignments from “the Boss” (God), with their mission being to deliver love, understanding and humility to the people they encountered. Typical episodes stressed moral, Christian themes; though many episodes dealt with common human failings, such as egotism, bitterness and greed, some shows addressed such topics as racism and cancer. A few shows, however, were played mainly for laughs (such as Landon recreating his first famous starring role in a takeoff of his 1957 film I Was a Teenage Werewolf). 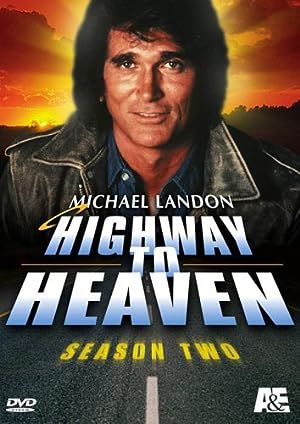