The lives of three young people – a rich student, a girl from the “wrong side of the tracks” and her boyfriend – unexpectedly intersect during one fateful summer in the romantic drama “Here on Earth.” Kelley Morse (Chris Klein), who is cocky and brash, normally would never have crossed paths with the residents of a small town near his posh private school. But when he takes his shiny new Mercedes out for a drive, he locks horns with some of the locals, including Jasper (Josh Hartnett). As Jasper’s willful girlfriend Samantha (Leelee Sobieski) looks on, Kelley and Jasper engage in a dangerous car race that turns disastrous, leaving a popular diner owned by Samantha’s mother in ruins. Kelley and Jasper are sentenced to a creatively ironic but fitting punishment: They must help rebuild the diner. Not only does this ruin Kelley’s summer plans, he also must board at the home of his rival, Jasper. Kelley begins to fulfill his “sentence,” but refuses to have anything to do with Jasper and his parents. When Kelley again encounters Samantha, the attraction is immediate and strong. First love blossoms in the Berkshire woods (“a little bit of heaven, here on earth,” Samantha calls the pastoral setting), angering Jasper, who has known Samantha practically his entire life. These new feelings and the romantic triangle that develops are only the beginning of a new journey for Kelley, Samantha and Jasper, as they ultimately make life-changing discoveries about themselves and each other. Spoiled rich kid Kelley inadvertently wrecks a diner during a James Dean-style drag race and is sentenced by the court to help rebuild the restaurant. He’s been given everything, but first love is about to teach him life’s most important lesson: Nothing lasts forever. 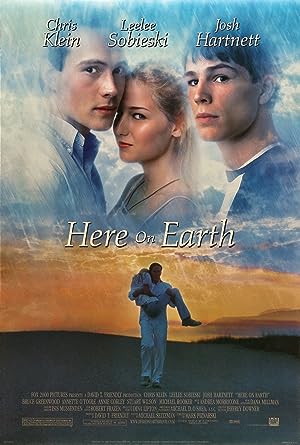