One night, when teenager Elizabeth Ryan calls her father, without getting an answer, she goes to her father’s room and finds him dead on the floor. She is then surprised, and almost attacked, by a strange, hairy, creature. The next day, Dylan is informed, by Marcus, that Elizabeth asked for (and later hires) him. When Dylan interrogates her, she explains that he is the only one that can help her and shows to him a card (that is his old detective card) that says “No pulse?, No problem”. Dylan sees it, stands up and goes out, stating that he doesn’t “do that” any more, followed by Marcus.

That night Marcus is attacked and killed by an unknown creature (who Dylan thinks is the same creature that killed Elizabeth’s father). Dylan decides to officially help Elizabeth with her case. He takes his old, but helpful, case and rides to Elizabeth’s house. After taking and analyzing a hair sample, he tells Elizabeth that the creature that killed her father is a female, eighteen- to nineteen-year-old werewolf, who is a member of the Cysnos werewolf family. Dylan visits the Cysnos family leader, Gabriel, who has a past related to Dylan’s activities, and realizes that Gabriel’s 19-year-old daughter Mara might be his main suspect, an idea that Gabriel hates. After he is told off by Gabriel, Dylan is attacked by Gabriel’s older son Wolfgang who is then knocked unconscious by Dylan (who was using a silver gauntlet).

Dylan then finds Mara dead in a warehouse and is briefly attacked by an unknown vampire. He then goes to Elizabeth in order to determine what connections may exist between those involved. She shows him a book of artifacts her father imported and indicates that one of the items pictured is now missing after having been smuggled into the country. The same vampire from earlier attacks Dylan and Elizabeth at her home along with two others demanding “The Heart.” Dylan fends them off long enough for them to make an escape and continue the investigation. 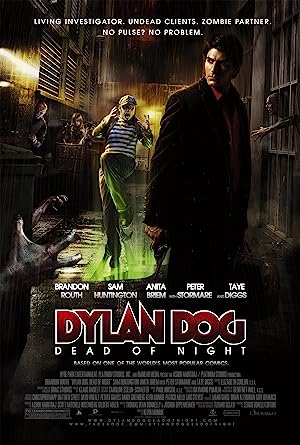