A.C.O.D. follows a seemingly well-adjusted Adult Child of Divorce (Adam Scott) who is forced to revisit the chaos of his parents’ (Catherine O’Hara and Richard Jenkins) bitter divorce all over again after his younger brother (Clark Duke) decides to get married. A grown man caught in the crossfire of his parents’ 15-year divorce discovers he was unknowingly part of a study on divorced children and is enlisted in a follow-up years later, which wreaks new havoc on his family. 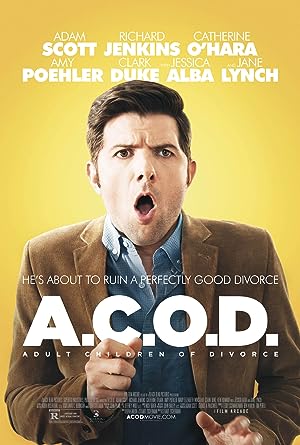