Captain New Eyes travels back in time and feeds dinosaurs his Brain Grain cereal, which makes them intelligent and nonviolent. They agree to go to the Middle Future (this era) in order to grant the wishes of children in New York city. They are to meet Dr. Bleeb of the Museum of Natural History, but get side-tracked with their new friends and run into the Captain’s evil brother, Professor Screw Eyes, who has other plans for the dinosaurs. 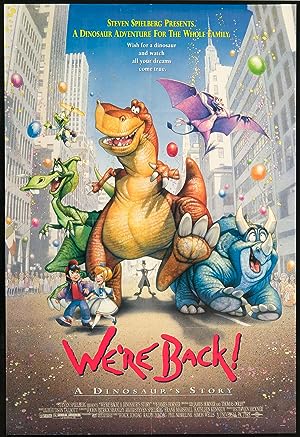