Actor and former pro footballer Vinnie Jones takes a hard-hitting look at intrepid police forces fighting crime in the world’s most violent places. ie: Kosovo: Football tough-guy turned Hollywood action-hero, Vinnie Jones presents this hard-hitting series, taking a look at the Toughest Cops operating in some of the world’s most notorious crime hotspots.  Shocking, highly absorbing and utterly engrossing, the viewer comes face to face with the criminals from hell. Discover the intense training programme devised for only the toughest of cops and join them on patrol as they protect and serve their communities and lay down the law on the gangs who terrorise the innocent. 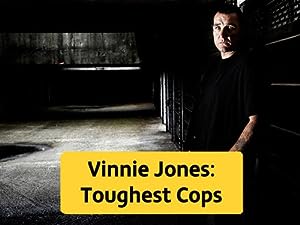