Bajo la piel de lobo (original title) –  Late 19th century. Martinón is a man rude and of few words who lives in the high mountain, being the last person of a ghost town where he passes the days caring his house and hunting animals like deer and wolves. Alone and without a contact with other people along the year except when he downs to the nearest town to trade with the skins of the animals hunted, in one of these visits his friend Severino advise him about to have wife and create a family. Following the idea, Martinón makes a deal with Ubaldo, buying one of his daughters, Pascuala, to live with him in the mountains as his partner. While Pascuala tries to adapt herself to an environment hard and cold, Martinón patrols all days by the forest, wanting new preys to hunt. But Pascuala’s health worse and finally dies, and Martinón realizes that the child she expected was of another man. Furious by the deceive, Martinón returns to the town claiming Ubaldo to recover the money and the skins sold. Unable to give him that he asks, Ubaldo gives Martinón his youngest daughter, Adela, marrying her and taking her to the house in the high. But the isolated place, and specially the bad manners and the stone heart of Martinón causes in Adela a deep resentment and pain, wanting a way to escape from there to live faraway from him. 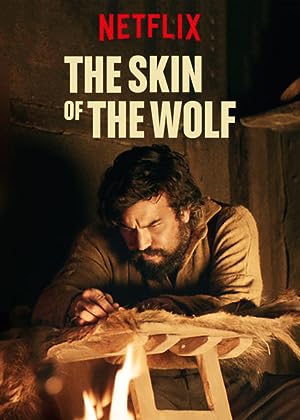