Marcellus is a tribune in the time of Christ. He is in charge of the group that is assigned to crucify Jesus. Drunk, he wins Jesus’ homespun robe after the crucifixion. He is tormented by nightmares and delusions after the event. Hoping to find a way to live with what he has done, and still not believing in Jesus, he returns to Palestine to try and learn what he can of the man he killed. 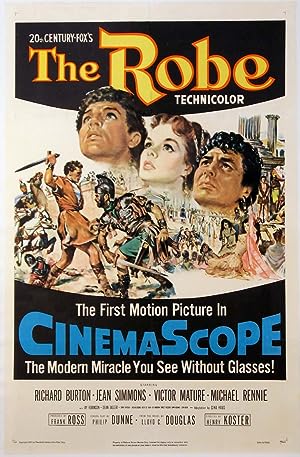