A love story set in a dystopian near future where single people are arrested and transferred to a creepy hotel. There they are obliged to find a matching mate in 45 days. If they fail, they are transformed into an animal and released into the woods. In a near-future world, single people are hunted and forced to find mates within 45 days, or be turned into animals and banished to the wilderness. 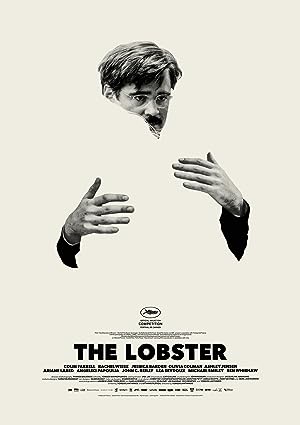 The Lobster (2015)
119 min|Comedy, Drama, Romance, Sci-Fi, Thriller|16 Oct 2015
7.2Rating: 7.2 / 10 from 212,023 usersMetascore: 82
In a dystopian near future, single people, according to the laws of The City, are taken to The Hotel, where they are obliged to find a romantic partner in forty-five days or are transformed into beasts and sent off into The Woods.
Director: Yorgos Lanthimos
Creator: Yorgos Lanthimos, Efthymis Filippou
Actors: Jacqueline Abrahams, Roger Ashton-Griffiths, Jessica Barden, Olivia Colman
View on IMDb Play on Netflix