Host Anthony Bourdain shows you the best places to eat, drink, shop, and visit if you find yourself with a day or two to spare in some of the world’s greatest cities. Traveler and chef Anthony Bourdain makes quick stops in American, Asian and European cities as he gets to know the people, their home and their food. Bourdain takes on Chicago, the city he deems to be “the only other true American Metropolis.” This layover is all about cruising around the diverse neighborhoods that make up this great city in a rented old-school Cadillac. For a bit of off-beat culture, Tony checks out the International Museum of Surgical Science. He drinks in dive bars galore, samples hot dogs, Polish sausages and Italian beef sandwiches (he prefers them hot, sweet and wet), and conducts an informal poll on whether native Chicagoans really eat deep-dish pizza. In Paris, Anthony Bourdain does as the French do with a coffee at Le Pure Cafe, a sit down at Le Dome for an enormous shellfish tower, a find in the lost art of bread baking and an indulgent in a guilty pleasure, a duck press. Anthony Bourdain goes beyond the cheesesteak in Philadelphia. He dines on Israeli food with Marc Vetri, throws back the citywide special at Dirty Frank’s and learns the story behind the Founding Fathers’ drinking and carousing. 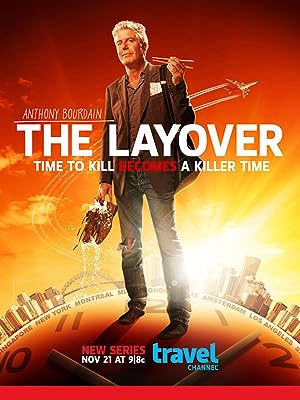