El guardián invisible (original title) – Amaia  Salazar is a woman who works as police inspector in Pamplona, capital of Navarra (north to Spain, in the frontier with France), who is headed by her superior to investigate the case of a teenage girl found nude at the side of a river close to Elizondo, her natal town, a rainy village in the heart of the Valley of Baztán, a rural place surrounded by forests and mounts, full of local myths and ancient superstitions. Married with James, an American sculptor that them marriage lives a delicate moment by her troubles to get pregnant, and hoping not return to her family home, Amaia Salazar is forced to face the past meeting again with lovely Aunt Engrasi and her more complicated sisters Flora and Rosaura. It causes that the Amaia’s instinct for criminal cases doesn’t works as it should be, at the same time that other nude bodies of teenage girls are found in the forest. Trying to solve the case and discover the identity of the killer, Amaia will must not only confront the trauma by the abuses of her schizo mother, but the suspect that perhaps the killer be someone who is too close to her. 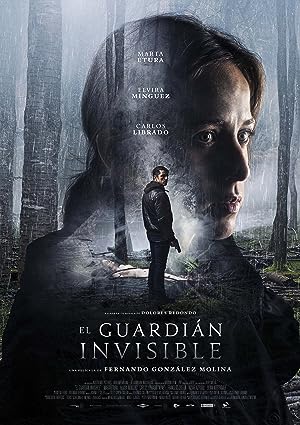 The Invisible Guardian (2017)
129 min|Crime, Thriller|03 Aug 2017
6.4Rating: 6.4 / 10 from 11,679 usersMetascore: N/A
A female inspector confronts a serial killer while dealing with the ghosts of her past.
Director: Fernando González Molina
Creator: Luiso Berdejo (screenplay by), Dolores Redondo (based on the novel by)
Actors: Marta Etura, Elvira Mínguez, Nene, Francesc Orella
View on IMDb Play on Netflix