In The Equalizer, Denzel Washington plays McCall, a man who believes he has put his mysterious past behind him and dedicated himself to beginning a new, quiet life. But when McCall meets Teri (Chloë Grace Moretz), a young girl under the control of ultra-violent Russian gangsters, he can’t stand idly by – he has to help her. Armed with hidden skills that allow him to serve vengeance against anyone who would brutalize the helpless, McCall comes out of his self-imposed retirement and finds his desire for justice reawakened. If someone has a problem, if the odds are stacked against them, if they have nowhere else to turn, McCall will help. He is The Equalizer. 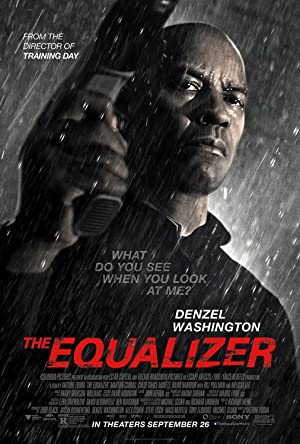 The Equalizer (2014)
132 min|Action, Crime, Thriller|26 Sep 2014
7.2Rating: 7.2 / 10 from 326,953 usersMetascore: 57
A man believes he has put his mysterious past behind him and has dedicated himself to beginning a new, quiet life, before he meets a young girl under the control of ultra-violent Russian gangsters and can't stand idly by.
Director: Antoine Fuqua
Creator: Richard Wenk, Michael Sloan (based on the television series created by), Richard Lindheim (based on the television series created by)
Actors: Denzel Washington, Marton Csokas, Chloë Grace Moretz, David Harbour
View on IMDb Play on Netflix