Metal music, wet paint, and family are the passions of Jesse, a struggling painter who lives a happy life with his wife, Astrid, and their preteen daughter, Zooey. And things look even brighter when Jesse and Astrid are able to put in a bid on their dream home – a huge property in rural Texas with a barn big enough for a proper art studio – after the price is driven down due to the home’s mysterious past. After the trio moves in, Jesse’s work starts taking on a new, considerably darker flavour – and things get even more ominous when Ray, the hulking, clearly unbalanced son of the deceased former owners, appears on the doorstep one night, clutching a red electric guitar and asking to “return home.” It soon becomes clear that Ray and Jesse are both being influenced by the same satanic forces, and that Jesse’s family won’t be safe until they find a way to quiet the Devil himself. 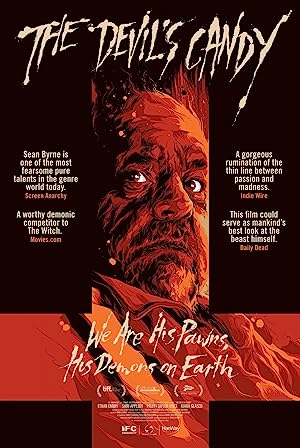