I Am Here (original title) – Maria is a successful businesswoman living in Germany in a happy marriage. However, she has one big problem. She wants to be a mother more than anything, but every time she gets pregnant, she miscarries. When her doctor tells her after her latest miscarriage that she won’t be able to get pregnant again, she opts for adoption, but her husband, upset over her condition, refuses the idea and temporary separates from her in order to rethink whether or not he wants to stay in the relationship with her now. She begins to lose her grip on reality when she starts hearing the voice of her unborn child, so she decides to get herself a baby even if she has to buy one. She hears a rumor that prostitutes sometimes sell their unwanted babies on the black market near the German-Czech border, so she meets Petit, a drug-addict who frequents the local prostitutes, and hires him to find her one who’s willing to sell her baby for 10 grand. He sees this as a chance to save a child from the hell the prostitutes live in, but the Russian mafia, who runs the local prostitution ring, doesn’t see it that way. Soon, Maria and everyone she’s contacted there are in mortal danger. 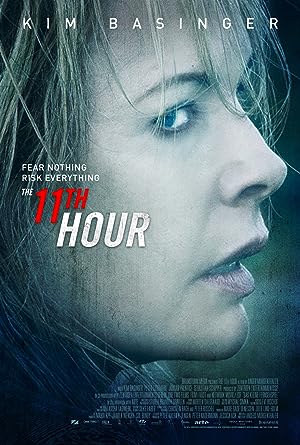 The 11th Hour (2014)
97 min|Drama, Thriller|12 Jun 2015
5.0Rating: 5.0 / 10 from 1,594 usersMetascore: 32
Successful businesswoman Maria has achieved everything except what she wants the most – a baby of her own. She decides to deal with the matter by herself and embarks on a desperate and dangerous journey in order to make her dream come true.
Director: Anders Morgenthaler
Creator: Anders Morgenthaler
Actors: Kim Basinger, Jordan Prentice, Sebastian Schipper, Peter Stormare
View on IMDb Play on Netflix