While running from a drug deal gone bad, Mike Ross, a brilliant young college-dropout, slips into a job interview with one of New York City’s best legal closers, Harvey Specter. Tired of cookie-cutter law school grads, Harvey takes a gamble by hiring Mike on the spot after he recognizes his raw talent and photographic memory. Mike and Harvey are a winning team. Even though Mike is a genius, he still has a lot to learn about law. And while Harvey may seem like an emotionless, cold-blooded shark, Mike’s sympathy and concern for their cases and clients will help remind Harvey why he went into law in the first place. Mike’s other allies in the office include the firm’s best paralegal Rachel and Harvey’s no-nonsense assistant Donna to help him serve justice. Proving to be an irrepressible duo and invaluable to the practice, Mike and Harvey must keep their secret from everyone including managing partner Jessica and Harvey’s arch nemesis Louis, who seems intent on making Mike’s life as difficult as possible. Mike and Rachel’s engagement is put on the back burner as Donna leaves Harvey to work for Louis. Harvey is in denial and is confident she will return, but will he be able to handle it when he discovers she’s not bluffing? Jessica thinks that Harvey is putting out his “Donna anger” on Louis, as an ambitious senior partner tries to take on Harvey’s salary. Rachel’s dad insists that Mike and Rachel sign a prenup. Mike teams up with his future father-in-law after Jessica says no to his case. Meanwhile, Harvey uses Charles Barkley to retaliate against Jack Soloff, but the fight and another confrontation with Donna triggers another anxiety attack. Louis’s sister wants to get a divorce, without getting her brother involved. Harvey takes her case. Zane & Mike are having some major disagreements on their case. 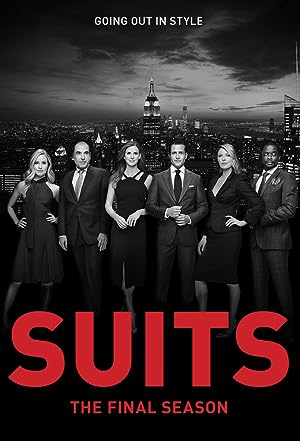