In her first comedy special post-health scare, Sarah Silverman shares a mix of fun facts, sad truths and yeah-she-just-went-there moments. “I’m gonna be indulgent,” Sarah Silverman notes around halfway through her new Netflix stand-up special A Speck of Dust. It’s a different tactic for her, even if it doesn’t sound like it at first. While Silverman’s most famous comedy routines do indulge in their share of pushing (buttons, envelopes, boundaries, whatever else can be pushed with risqué jokes and matter-of-fact delivery), her actual jokecraft tends to be sharp and concise. Not all of her routines are pure one-liners, but her instincts for them are killer; see her famous “I was raped by a doctor, which is so bittersweet for a Jewish girl.” That joke may traffic in shock, and court trouble by encouraging less skilled comics to go for similar shocks, but indulgent it is not. 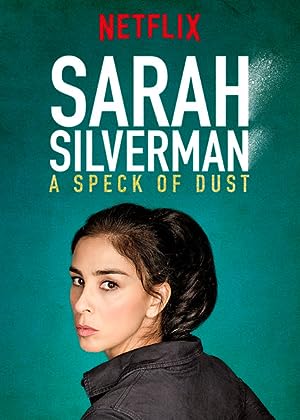