Real Rescues is at the heart of the action with the emergency services of Hampshire including the police, fire, ambulance, coastguard and lifeboat crews. A majority of the footage has been shot around Portsmouth and Fareham. Reruns are on Watch and CBS Reality. In the later series, other counties from across the UK began to be featured. Other emergency services, such as mountain rescue and animal rescue, were also featured. 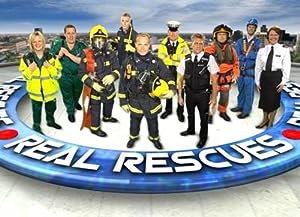