In the 1940s, Malays were world-renowned for their seafaring skills. Being of Bugis descent, they navigated the sea with natural ease and were often the favored seamen for international shipping lines. Pulang tells the story of one such sailor. Othman, a fisherman from a small village in Malacca, leaves his family behind to sail the world, with hopes to return home one day with worldly riches and deserved pride. After decades at sea, however, his low wages as a deckhand leaves him disillusioned. He contemplates returning home to his family but ended up settling down in Liverpool, England. 60 years later, his grandson, Ahmad, journeys halfway across the world in search of his grandfather. Inspired by true events, Pulang tells the story of two men who yearn to find the only place they belong: HOME. 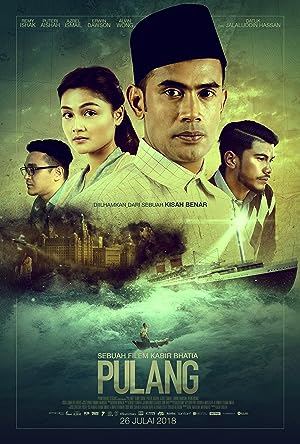