A Denmark native shares a marriage of convenience with a womanizing baron. But when they move to Nairobi, she falls for a free-spirited hunter. Torn between her marriage and a rugged, free-spirited lover, her passions were wilder than the country surrounding her. Follows the life of Karen Blixen, who establishes a plantation in Africa. Her life is Complicated by a husband of convenience (Bror Blixen), a true love (Denys), troubles on the plantation, schooling of the natives, war, and catching VD from her husband. 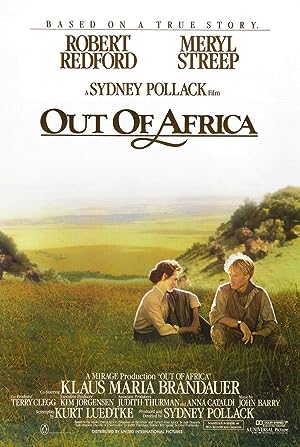