Single mom Jen Robbins, who is a writer of human interest stories for the newspaper in the small town where she has lived all her life, lost the Christmas spirit ever since her ex-husband Paul walked out on her six years ago on Christmas Eve, when their son Eric was only one year old. Jen, however, wants to make a happy life for Eric, who still believes in Santa Claus and in the magic and spirit of Christmas. Part of that happiness is finding a man to be that father figure that Eric never had. Jen thinks that Sam Franklin, the new investigative reporter at the newspaper, might be that man. But despite her disdain for Christmas, she seems also to be falling under the spell of Chris, the mysterious man who is the shopping center Santa Claus. What Jen is unaware of, but what Eric truly believes, is that Chris is really Kris Kringle Jr., the heir apparent to the magic of Christmas. Chris has for the last several years during the Christmas season stayed in one town looking for that special woman to become the next Mrs. Claus, so that he can continue the Christmas spirit into the next generation. He has so far been unsuccessful in his search. But whoever that woman has truly to believe in the spirit of Christmas for Chris to be able to take over the reigns from his father. Chris, who believes Jen is the one, has to try and get her to believe in Christmas again all before the stroke of midnight on Christmas morning. But a cynical Jen may not be easily persuaded, she who may believe that good guy and down to earth Sam is a better match. 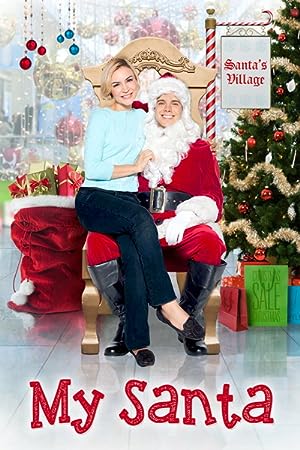