After a natural disaster known as the Big Fart leaves Earth divided, only Sheriff and his rebel misfits can protect the planet from a mutant invasion. After the cataclysm known as the Big Fart, Earth has turned into a giant butt under threat of mutant invasion. Sheriff is a street-smart survivor who must turn a gang of misfits and miscreants into La Résistance, a commando squad of human warriors who can fight the mutants and save the planet. 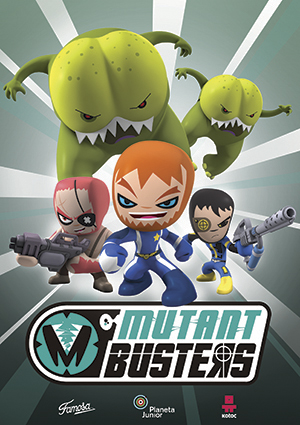 Mutant Busters (2016–)
N/A|Animation, Action, Adventure|03 Oct 2016
7.1Rating: 7.1 / 10 from 15 usersMetascore: N/A
After the disaster known as the Great Fart, Earth turned into a giant bum invaded by mutants. . One of the few surviving humans is a sharpie called Sheriff. He's ended up leading La Résistance, a guerrilla group fighting the monsters.
Actors: James Giblin
View on IMDb Play on Netflix