Jesse James (a direct linear descendant of the famed outlaw), a noted builder of custom motorcycles in Southern California, assembles a crew and takes ordinary vehicles (like a VW New Beetle or a Lincoln stretch limosine) and converts them in five days into extrodinary machines that do things that the manufacturer never intended them to do (like convert the VW into a swamp boat or the limo into a fire truck.) Robert Groves High School Career Academy gets a visit from Jesse James. He’s brought the frame and body of a junior dragster, and these mechanics-in-training have a week to transform a few boxes of parts into a dialed-in, super-sleek racing machine. Mamma mia! Jesse James and a crew of Italian-American builders cook up the world’s fastest (and only) pasta making European import. Turning a 1981 308 GTSi into a kitchen on wheels proves a tougher task than any of these wise guys ever imagined. Jesse and a team of Mini Mechanics transform a 4×4 pickup into a lowered Mini street machine. 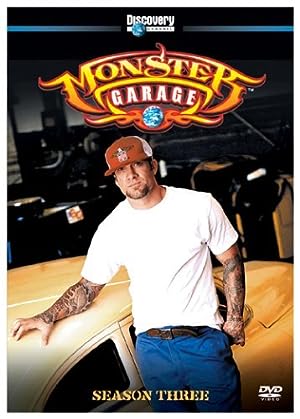