Bachir Lazhar, an Algerian immigrant, is hired to replace an elementary school teacher who died tragically. While the class goes through a long healing process, nobody in the school is aware of Bachir’s painful former life; nor that he is at risk of being deported at any moment. Adapted from Evelyne de la Cheneliere’s play, Bachir Lazhar depicts the encounter between two distant worlds and the power of self-expression. Using great sensitivity and humor, Philippe Falardeau follows a humble man who is ready to transcend his own loss in order to accompany children beyond the silence and taboo of death. 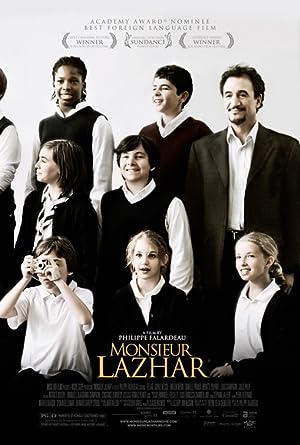