After his wife’s career takes off, Mike finds himself in charge of parenting their three daughters and trying to stay afloat in all the estrogen.

Mike Baxter is the marketing director for an iconic outdoor sporting goods store. He loves to have adventures while he’s traveling for work and, of course, he drives a pick-up truck. While Mike is king of the hill at work, he’s the odd man out in a home that is dominated by women — namely his wife, Vanessa, and their three daughters, 20- year-old Kristin, 17-year-old Mandy and 13-year-old Eve. After being a stay-at-home mom for years, Vanessa recently returned to the workplace and was quickly promoted (much to the dismay of her primarily male co-workers). As a result of Vanessa’s increased work load, Mike is pulled into more hands-on parenting than ever before.

6.1-Kyle leaves the loading dock door open, allowing a bear to wander into Outdoor Man. 6.2-Mike is disappointed to learn that the “Jack and Jill” wedding showers for Mandy and Kyle are scheduled on the same day as the Broncos-Chargers game. 6.3-Vanessa, supported by Mike, lectures Mandy on the dangers of vaping, then feels the pull of it herself as she navigates a potential teacher’s strike; meanwhile Ryan and Kristen discover a safe in the basement of their new house. & more… 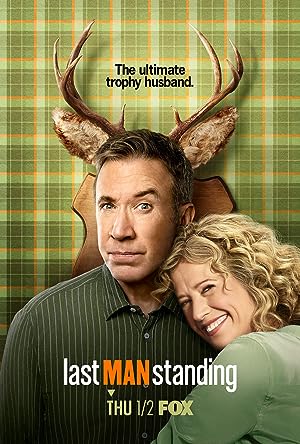