LAST CALL FOOD BRAWL heads to some of the biggest party cities in the U.S. to indulge in each town’s local flavor, including New Orleans, Austin, Memphis, Nashville and Atlanta. Each week, only one chef will win the coveted Golden Fry Basket and the title of King of Late Night! 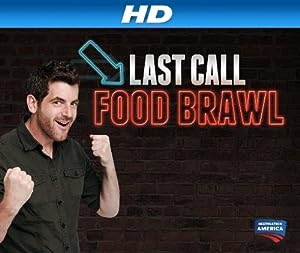 Last Call Food Brawl (2013–)
N/A|Reality-TV|09 Jun 2013
6.6Rating: 6.6 / 10 from 14 usersMetascore: N/A
Each episode visits a different American city to challenge four chefs, hailing from 24-hour diners to 4-star establishments, in a cook-off to determine who will be crowned the king of late night bites.
Actors: Adam Gertler
View on IMDb Play on Netflix