After having too much to drink at a weekend getaway in the Hamptons, lonely Ruth hooks up with a ghost and ends up contracting a mysterious malady. An awkward twenty-something begins to go through strange physical changes after a weekend tryst with a ghost. Lace Crater is a 2015 American comedy film written and directed by Harrison Atkins, the film marks his first feature full-length film. The film stars Lindsay Burdge, Peter Vack, Chase Williamson, Joe Swanberg, Jennifer Kim, Keith Poulson and Andrew Ryder. The film had its world premiere on September 15, 2015 in the Vanguard section of the 2015 Toronto International Film Festival. The film had its American premiere at the Cucalorus Film Festival on November 13, 2015. The film was released in a limited release and through video on demand on July 29, 2016, by Invincible Pictures. 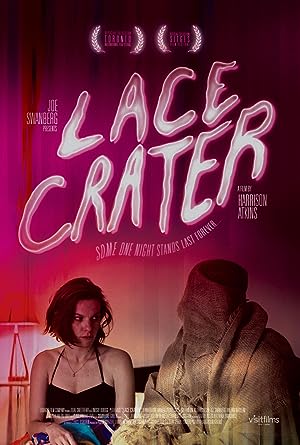