After rocker Kurt Cobain’s death, ruled a suicide, a film crew arrives in Seattle to make a documentary. Director Nick Broomfield talks to lots of people: Cobain’s aunt who provides home movies and recordings, the estranged father of Cobain’s widow Courtney Love, an L.A. private investigator who worked for Love, a nanny for Kurt and Courtney’s child, friends and lovers of both, and others. Although Love won’t talk to him and his inquiries lose him financial backing, he comes to believe the coroner’s verdict. Portraits emerge: a shy, slight Kurt, weary of touring, embarrassed by fame, hooked on heroin; an out-going Courtney, dramatic, controlling, moving from groupie to star. 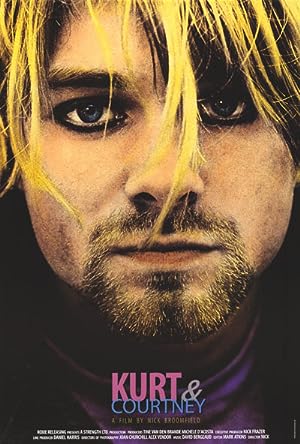