Dr. Richard Thorndyke arrives as new administrator of the Psychoneurotic Institute for the Very, VERY Nervous to discover some suspicious goings-on. When he’s framed for murder, Dr. Thorndyke must confront his own psychiatric condition, “high anxiety,” in order to clear his name. An homage to the films of Alfred Hitchcock; contains many parodies of famous Hitchcock scenes from THE BIRDS, PSYCHO, and VERTIGO. 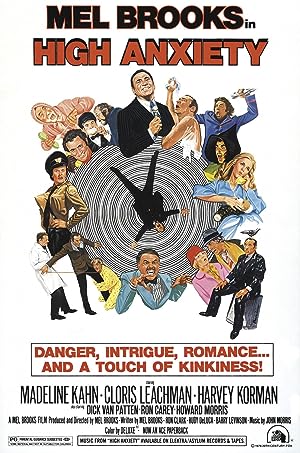