(aka Corazón de león) Ivana Cornejo is a successful lawyer. She’s been divorced for three years, but shares the office with her ex husband who is also a lawyer and associate. After she loses her mobile phone, Ivana receives a call from the person who found it. It is León Godoy, an important architect with a very attractive personality, he’s charming, charismatic, a perfect gentleman and also divorced. They feel very attracted to each other during the chat and agree on meeting the next day so he can give the mobile phone back. But when he arrives she is in shock when finds out he is approximately 4.4 feet tall! From that moment on Ivana tries to overcome prejudice from society and her own fears to live moments which are definitely the best she’s ever had. Though the fact that Leon is almost perfect bother her a lot. 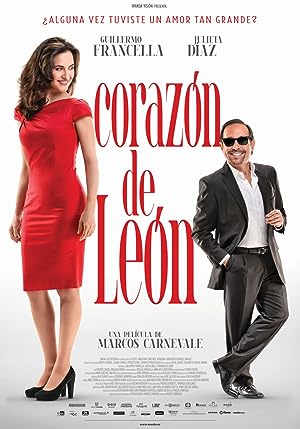