The Social Welfare agency, a government sponsored corporation is in the business for saving orphaned or abandoned children who are terminally ill or injured beyond the point of saving. Using cybernetic implants, the Agency uses a process called ‘conditioning’ to turn orphaned children into emotionless killing machines with hardly any memories, no human comfort and worst of all, no free will. The girls who make up the assassination unit within the Social Welfare agency are Henrietta, Triela, Claes, Rico and Angelica, all whom have shady backgrounds which led to their involvement with the agency. Each girl is skilled in martial arts, weapons and tactics, demolitions, foreign languages, espionage and counter-terrorism, skills that are necessary when dealing with terrorism, illegal arms deals or even crime organizations who have a serious stranglehold on the country of Europe. But while these girls are the perfect weapons against these types of everyday problems, they must constantly do their best to hold on to what little pieces of their humanity they have left, as they are being forced to commit cold-blooded murder, sometimes even killing innocent people who get in the way. Jose, Henrietta’s handler doesn’t like the way she and the other girls are being treated as tools for massacre and it pains him everyday to see Henrietta and her friends having to go through this type of life. But if Henrietta and the others want to live to see tomorrow, they have to play the guinea pigs and earn their keep, by getting their hands dirty for the Social Welfare agency, who is responsible for giving them their second chance at life. Because if they don’t play by the agency’s rules…they will die. 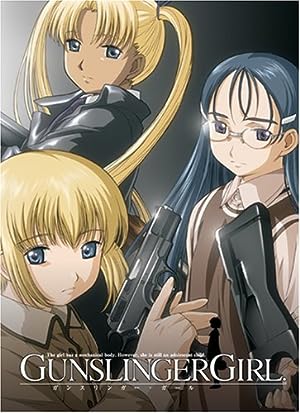