La sombra de la ley (original title) – In the hard and convulsive times of the Spain of 1921, Aníbal Uriarte is a veteran soldier of the Morocco War reconverted as cop who is send by his superior from Spain’s capital Madrid to Barcelona (Catalonia, north-east to Spain) in order to locate an important amount of military weaponry from a train, stolen apparently by revolutionary anarchists. To his arrival to the city Uriarte meets Inspector Rediú, a corrupt officer together the violent Tísico and young Beltrán, and El Barón, owner of the famous cabaret Edén where he exploits to his dancers as Lola, filming in addition adult movies implying minors and lesbian women only for the high society’s eyes. At the same time Salvador Ortiz is the leader of a peaceful riot in an important company of the city, in the fight by the workers’ rights, and Salvador’s daughter and telephone operator Sara leads her own revolution to defend women’s rights. Learning quickly to move in a sea of conspirators, corrupts and traitors, Uriarte makes a deal with El Barón outside Rediú to work for him as informer, and little time later he saves Salvador to die during a police assault in the factory property of García Serrano, a rich businessman who is contacted by El Barón hoping Serrano uses his influences to be admitted in El Liceo, the most important club of the city. Therefore, the situation worsen after León, a young worker determined to take arms and lead a bloody revolution opposite to the Salvador’s peaceful riots, and Tísico’s suspects about the own Uriarte believing him as a danger for Rediú illegal business. With time running out and General Martínez Anido wanting to make a military invasion in Barcelona to kill the anarchists, Uriarte’s only hope to prevent a massacre and a possible coup d’etat is locate the weapons stolen and expose Rediú’s corruption as well as El Barón, contacting Salvador and Sara looking for help. But will can Uriarte survive the enough to save the city and himself of the imminent danger that threatens to kill some thousand people? 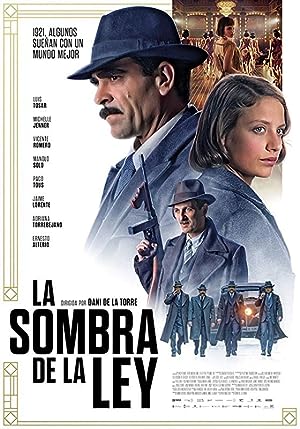