Motivated by an almost ferocious love for his intellectually disabled brother, Nick, and an explosive mix of desperation and thirst for a better life, the abrasive and fledgeling criminal, Connie, involves his sibling in an ill-conceived bank robbery that swears to be a quick and easy job. Instead, things go utterly wrong, and Nick will wind up in Rikers Island after one unanticipated complication, forcing the desperate but determined Connie to embark on a nightmarish, no-holds-barred quest to bail Nick out. Inevitably, over the course of a long and violent night, Connie will go to great lengths to save Nick from a cruel fate, doomed, however, to do more harm than good. Is it all heading somewhere? 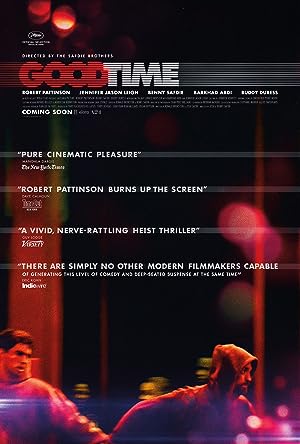