At 18, Diana has a chip on her shoulder; she’s close to expulsion from high school for fighting, her mother is dead, her dad is surly, the popular girls at school set her teeth on edge, she knows men can cause pain. When she picks up her younger brother at a Brooklyn gym where he boxes to please his father, she decides she wants to train. Hector, a coach, reluctantly agrees to teach her. It’s soon clear to him that Diana has talent; he pushes her. She spends time with another young fighter, Adrian, who has a girlfriend, but Diana intrigues him and stirs real feelings he tries to articulate. She, too, must accommodate her toughness and ironic detachment to her feelings for him. 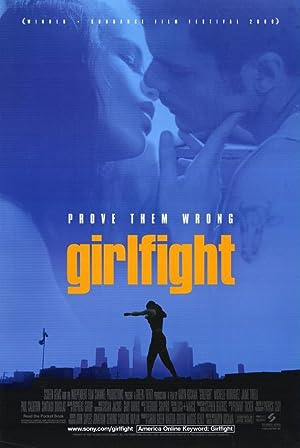