Víctor is a thief who is contacted by members of the Russian mob for a robbery. Intriguished about it and receiving the usual visits of Helena, a girl who works as stripper and prostitute for the mob, Víctor distrusts about his new friends and the plan to steal the bank. In a meeting with them, Víctor realizes that the target is the Banco de Crédito Suizo (Swiss Credit Bank), and the amount is about 30,000,000 euros, guarded in the safe-box. But the plan complicates after to know the driver for the robbery, Rápido, a junkie who knows the true about Víctor. Just when both match together the mobsters, an especial operative of Interpol kill the mobsters and arrest Víctor, who previously let escape Rápido.

During the interrogatory, a lieutenant from Spanish Policía Nacional appears to reveal that Víctor was really working as undercover cop in order to investigate and arrest Russian mob top. With the cover-up terminated, Víctor faces an Internal Affairs investigation by an assassination related with the case, at the same time that his relation with wife Marta threatens to split it, and his feelings about Helena are stronger. Reuning with Rápido, long-life friend and accomplice in their times as juvenile delinquents, Víctor is required by his friend to help him before to be killed by the mob. Refusing to give help, the situation changes when Internal Affairs suspends Víctor as agent, taking the decision to assault the bank with Rápido using the same method as the mobsters had planned. 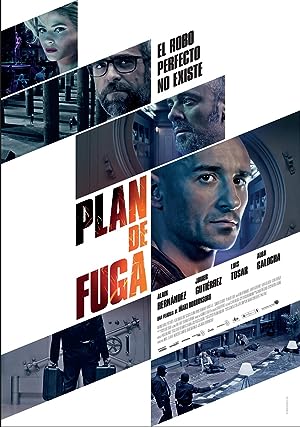