Teams of recently deceased people who’ve been revived and given high-tech weapons must cooperate to defeat an army of monsters in Tokyo and Osaka. The film will cover the manga’s Osaka Arc. 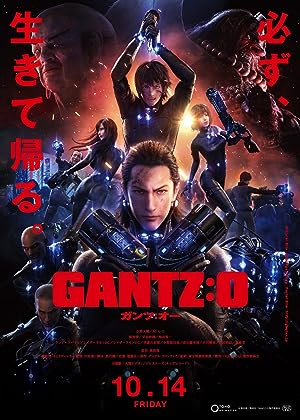