Season 4 begins with the San Antonio Outlaws out to prove they are the premiere youth football team in the nation. Meanwhile, a controversial hit sparks outrage as the Texas Storm take on a new organization led by Texas Youth Football Association commissioner Chris Davis. The San Antonio Outlaws try to continue their dominance amid tensions over the recruiting of an elite 12-year-old quarterback; a turf war between neighboring organizations gets settled on the field. A youth football game turns ugly as parents and coaches become outraged by aggressive play; the San Antonio Outlaws face their toughest competition yet.This docuseries dives into the cutthroat world of Texas youth football, where kids face grueling demands and pressure from coaches and parents to win. Fiery coaches. Overbearing parents. Kids pushed to their limit. In this league, football is anything but child’s play. 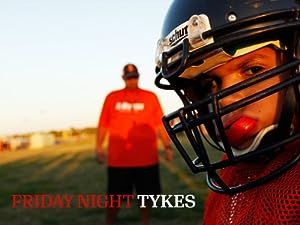