When Cindy married a rock star, Frank, in 1983 she imagined a life of glamour and GRAMMYS. But the song that propelled Frank to fame, Whirly Girl, would be the only chart-topper from his group, OXO. Years later, out of shape and nearly bankrupt after spending all his money on “gas, food, dry cleaning… and drugs”, Frank is not the vision Cindy married. Desperate to resuscitate her dream, Cindy furnishes a new studio for Frank in hopes he’ll record another hit. Instead, he’d rather drink. And now, twenty-three years after appearing on American Bandstand, Frank lives sequestered to the basement where he uses coffee cans for a toilet. In 2005, Cindy’s filmmaker son G.J. begins documenting the situation. After a year of filming, what began as an attempt to mock his stepfather instead becomes a candid portrait on the pursuit of happiness. 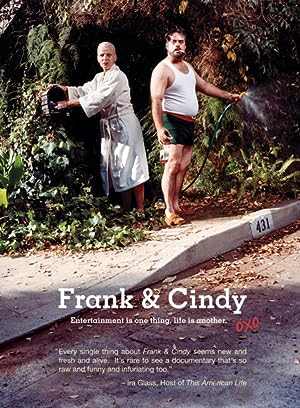