Construction Engineer Stuart Graff is estranged from his jealously possessive wife, Remy, and has an affair with Denise Marshall, the widow of a co-worker. Meanwhile, Remy tries to persuade her father, Sam Royce, who is Stuart’s employer, to use his influence to stop Stuart from seeing Denise. Rogue policeman Lew Slade is suspended from the L.A.P.D. for having punched an obtuse officer from another jurisdiction. Embittered, Slade contemplates quitting the police force. Jody, a perverted grocery store manager, lusts after Rosa Amici, sister of Sal, the assistant to Miles Quade, an aspiring daredevil motor cyclist. The lives of all these people are devastated when a major earthquake rips through Los Angeles and reduces the city to ruins. 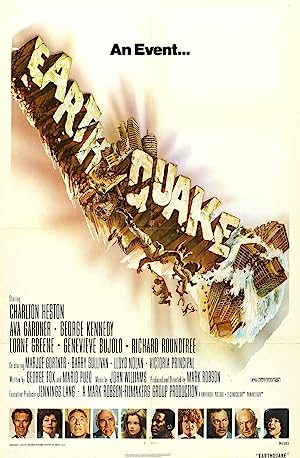