David Brent: Life on the Road sees a documentary crew catching up with the idiosyncratic David Brent from the BBC2’s mockumentary ‘The Office.’ When audiences were first introduced to Brent, the self-proclaimed “Friend first, boss second. Probably an entertainer third” dreamed of becoming a rock superstar. Twelve years on, Brent is now a traveling salesman chasing the dream with his band, ‘Foregone Conclusion’. Assembling a group of session musicians who are just in it for the money, and a talented rapper Dom (Ben Bailey Smith) in an attempt to gain street cred, Brent cashes in his pension and takes unpaid leave in pursuit of his dream and one last shot at fame and fortune. A camera crew catches up with David Brent, the former star of the fictional British TV series The Office (2001), as he now fancies himself a rock star on the road. 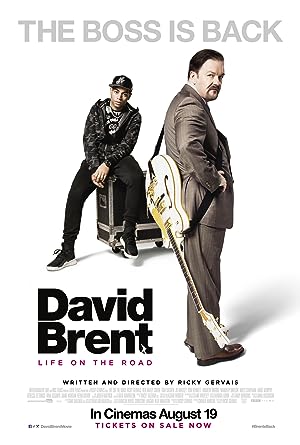