After accused of murdering her family, Nica is taken to an asylum and thinks that she’s the cause of the deaths of her family. However, when grizzly deaths start to occur, she then realizes that Chucky, her allusion might not be make believe. She also finds out that the doll is slowly starting to possess anyone or anything to join a huge cult to kill off Chucky’s victims, but things don’t go to well in the asylum, including for Chucky’s long lost friend “Andy Barcley” who tries to stop the cult from getting bigger while also trying to get past Chucky’s wife, “Tiffany.” 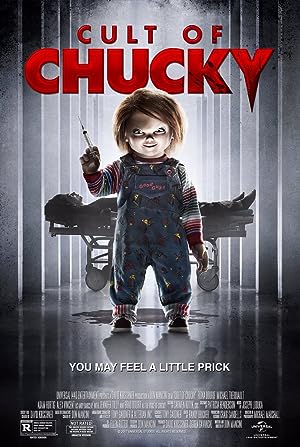