A calamity at Dante and Randall’s shops sends them looking for new horizons – but they ultimately settle at Mooby’s, a fictional fast-food restaurant. Free from his dead-end job (and lodged in a new one), Dante begins to break free of his rut, planning to move away with his clingy fiancé. Dante is ready to leave the horrors of minimum-wage New Jersey behind, but Randal – always the more hostile of the two – starts to become overwhelmed by his own rancor. 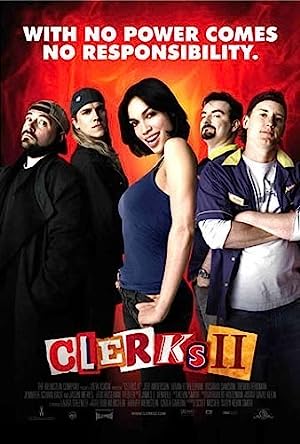