When a fisherman leaves to fight with the Greek army during World War II, his fiancée falls in love with the local Italian commander. In 1941, Italy allies with Germany and ruthlessly conquers the much weaker country of Greece. On a remote Greek island, an Italian artillery garrison is established to maintain order. One Italian officer, Captain Corelli, adopts an attitude of mutual co-existence with the Greeks and engages in such activities as music festivals and courting the daughter of a local doctor. In 1943, however, after Italy surrenders to the Allies and changes sides in the war, Captain Corelli must defend the Greek island against a German invasion. 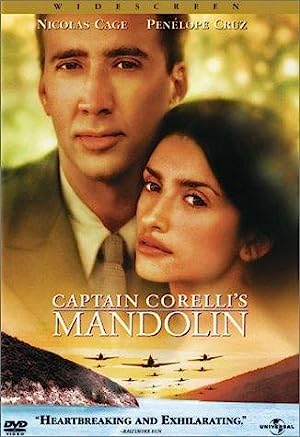