Amidst the harsh desert terrain of the U.S.-Mexico border, federal agents fight to stop the flow of illegal immigrants, drugs and terrorism. It’s a constant battle along the border between the U.S. and Mexico. And there’s casualties on every side. On this episode of Border Wars, find out what happens to contraband after it’s seized by Customs and Border Protection. Agents in Puerto Rico enter one of San Juan’s most notorious housing projects for an undercover “buy and bust” operation to intercept a dump truck full of cocaine, and race to find illegal immigrants who have landed on a secluded beach. In Arizona, U.S. Customs and Border Protection agents dismantle a smuggler checkpoint in the remote desert section of Ajo and seize a vehicle carrying weapons and nearly $800,000 into Mexico. Officers must patrol obscure spots along the U.S.-Mexico border to prevent smuggling. Officers at a port of entry stop an unlikely but increasingly common drug smuggler – an elderly woman. 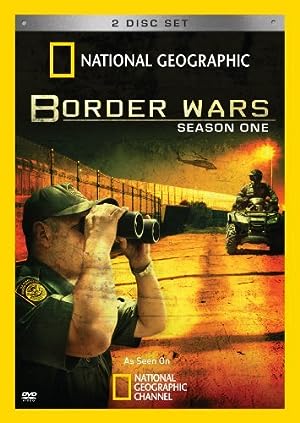