In this documentary series, the discovery of a gruesome crime scene in a remote area sets investigators on the trail of a killer. When a young wife and mother, Natalie Mirabal, is found murdered and decapitated in Colorado’s Lefthand Canyon, detectives uncover shocking secrets in this quiet, Rocky Mountain community. Texas A&M student Kerry Kujawa left his dorm room on a spring afternoon to visit his online love interest, Kelley McCauley in San Antonio – and never returned. Two weeks later, his badly decomposed body is discovered on a desolate prairie 130 miles away. ichard Mason leads his son-in-law Kenneth Griffith and friend Earl Smock on a ride along the steep cliffs of Tennessee’s Signal Mountain, but their ATVs are found bloody and abandoned along the side of the road two days later. 17-year-old aspiring model Jennifer Mullin is attending a party at her best friend’s apartment after her first photo shoot – but she never makes it home. The next afternoon, her body is found deep in a snow-covered forest – raped and strangled. 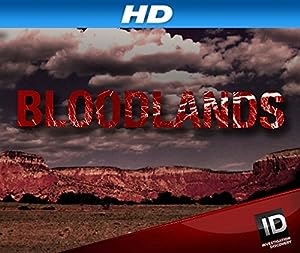 Bloodlands (2014–)
N/A|Crime|04 Aug 2014
6.8Rating: 6.8 / 10 from 106 usersMetascore: N/A
In this documentary series, the discovery of a gruesome crime scene in a remote area sets investigators on the trail of a killer.
Actors: Levi Burdick, Matt Treadway, Karen Valero
View on IMDb Play on Netflix