“ALL-STARS” follows a girls’ 10-year-old fastpitch softball team and their families through a recreation league season that culminates in the selection of the coveted 10-and-under All-Star team. Lance Grayden, a veteran coach who left the league years ago when his daughter moved to an elite softball club team, and then college, has returned to “give something back” to the community. He assumed he’d be coaching a 16-and-under team of seasoned and accomplished competitors, but instead is saddled with a 10-and-under team of inexperienced players. Not only is he forced to go back to the basics and teach the fundamentals of the game to the little girls, half of whom would rather be in the dugout eating snacks, but he also faces the greater challenge of riding herd over their over-eager, overly ambitious, and entirely delusional parents whose ridiculous behavior is more suited to five-year-olds than adults. Lance also faces a personal decision about whether it’s more important to win at all…_1 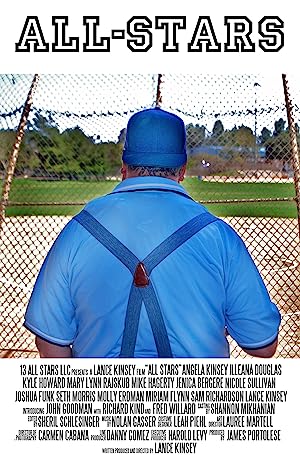